Following on from a previous post about sapphires, this post deals with the different colours of Blue that can be found in them. In ancient times, it was believed that the sun’s rays caused the wonderful deep blue colours that we see, and that the longer the stone was exposed to the sun, the deeper the blue!

Pure corundum is colourless, however trace amounts of iron and titanium give rise to the most wonderful blue hues. The amount of these trace elements can give rise to different hues and shades of blue. The most highly prized sapphires and velvety deep blues, with as strong saturation as possible, without darkening the stone. At the far end of the value scale are sapphires with either very dark or very light tones.

While the colour can vary with the origin of the sapphire, it is not right to say that every sapphire of a particular colour is from the same mine, as similar shades of blue can be seen from many places. However, in general, some mines are known for the intense, rich blues that they produce. The most famous mine, in Kashmir, produces sapphires with a wonderful velvety blue that has to be seen to be fully appreciated. Top grade Kashmir sapphires are among the most expensive gemstones of all.

An example of a superb colour would be this sapphire, a 2.4 carat Burmese sapphire 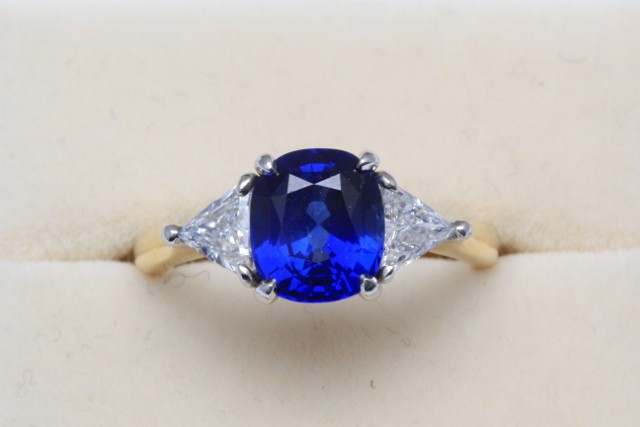 Sometimes the preferred colour is a matter of taste. In the 1920s in France, the fashion held that dark colours were the most desirable. A darker sapphire would be this colour, from the 1920s. 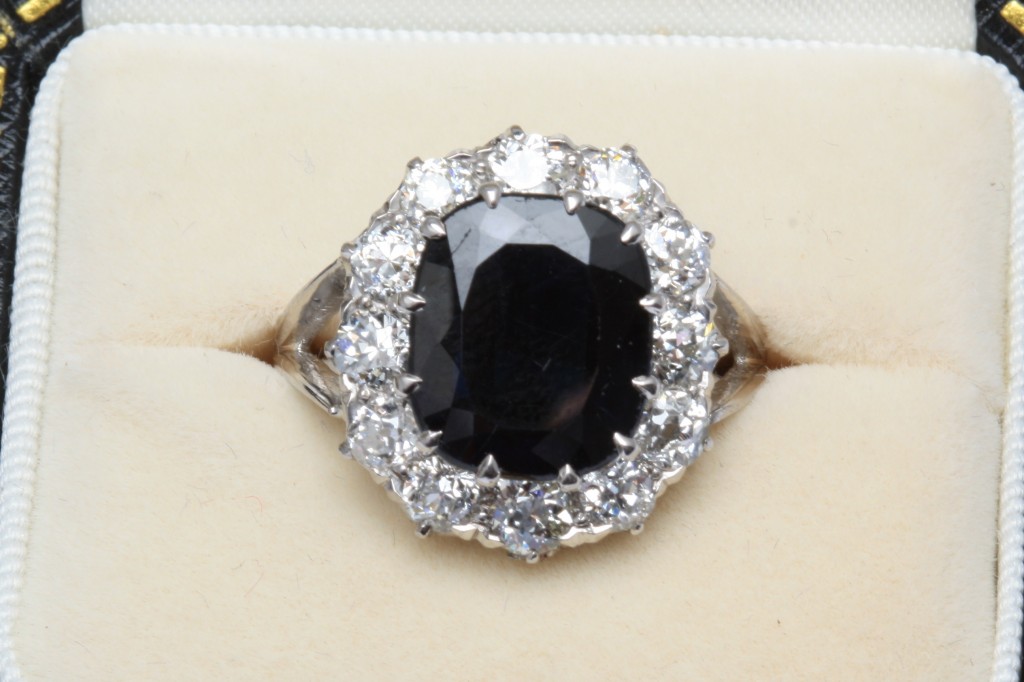 The rest of the photos below give an idea of the range of colours that sapphires can come in. 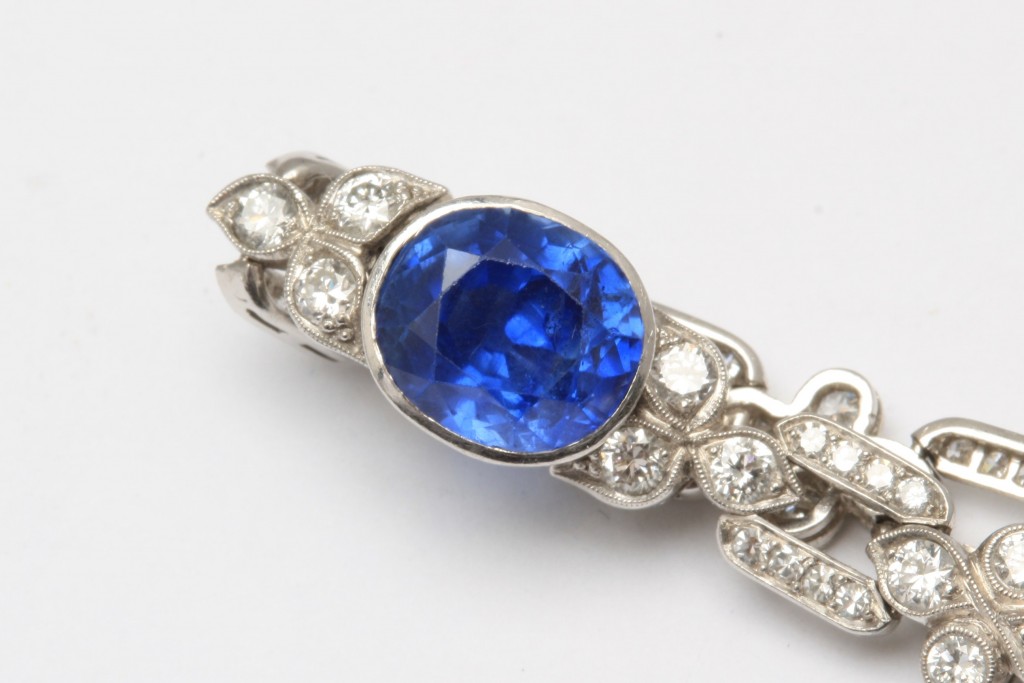 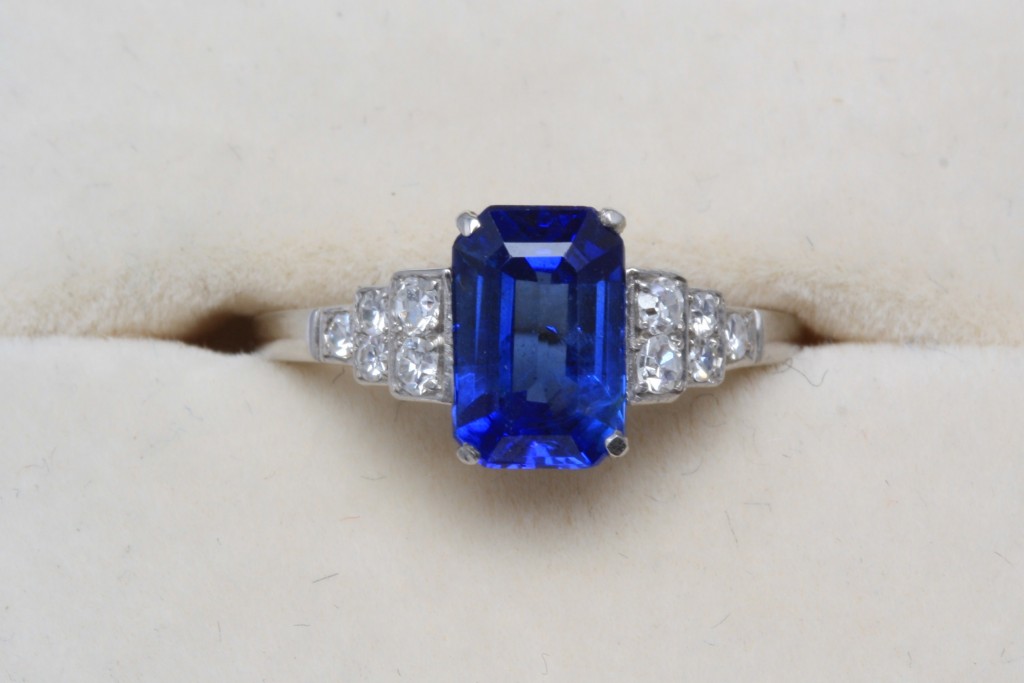 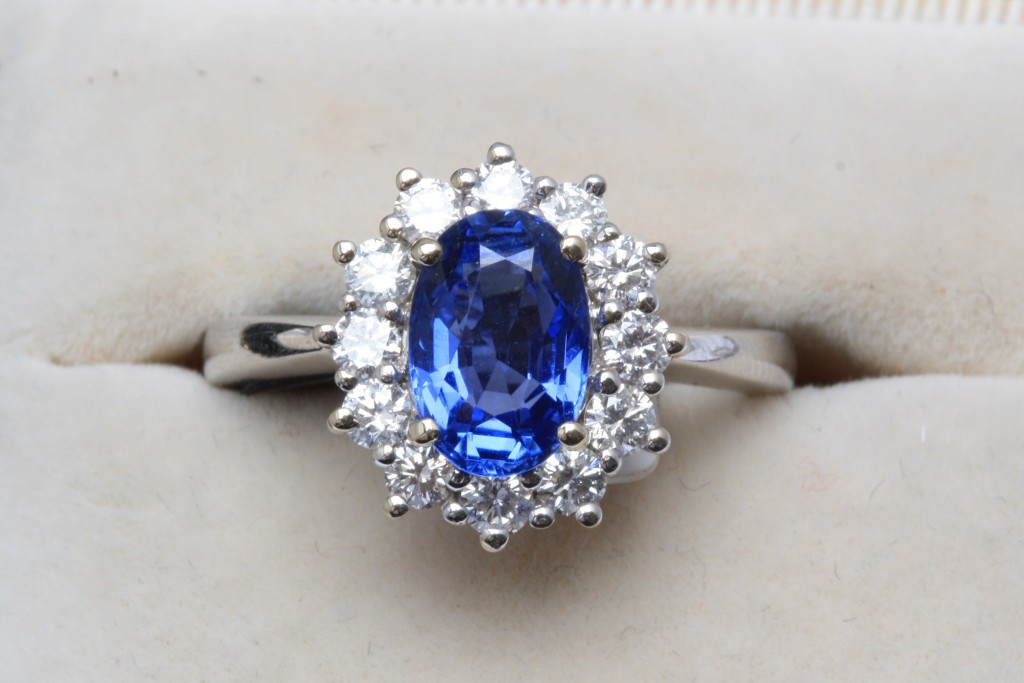