One of the most fascinating effects that you can come across in a sapphire is Asterism, the effect where you can see a six pointed star in the stone, especially under a direct light source. The star will move as the light source moves. Although they come in many colours, the finest and most desirable colour is a strong intense blue. Most star sapphires, perhaps 90% of them, come from Sri Lanka. They are typically cut en cabochon (in a domed shape) with the centre of the star at the top of the dome.

In a good quality star sapphire, the rays of the star will be of equal length and intensity, clear and sharp, without blurriness. They grow when titanium atoms are trapped within the mineral as it forms; the titanium cause needle-like inclusions of a mineral called rutile, which orient themselves in three directions. When the stone is polished, light reflects off these needles, causing asterism.

The most famous star sapphire in the world is called the Star of Asia, a wonderful 330 carat sapphire which is housed in the Smithsonian Institute. Originally from Burma, it is said to have once belonged to the Maharajah of Jodhpur.

The Smithsonian also houses the Star of Bombay, a 182 carat star sapphire that once belonged to silent film star Mary Pickford, below. She was given it by her husband, and bequeathed to the institute on her death. It is the namesake of Bombay Sapphire gin! 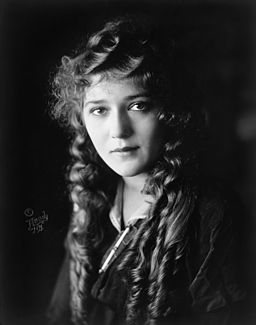